#1 Web Application in its class!

Less expensive than ALL competitor apps!

More powerful than ALL competitor apps!


What is this? This is a QR Code: a machine-readable image-based code consisting of black and white squares. QR Codes are typically used for storing URLs and other information for reading by a smart devices like smart phones. When scanned by an appropriate app on your mobile device, you are redirected to the embedded URL of this page. View this page with one device (desktop or another mobile device), and then scan the QR Code with your mobile device. This makes it quicker and easier to browse a page discovered on one device on your mobile device without manually entering the URL in the mobile device browser address bar.

Protect Your Website Today
Use this tool to generate hash values (message digests) using a variety of Hashing Algorithms.

Why should I hash passwords supplied by users of my application?

Password hashing is one of the most basic security considerations that must be made when designing any application that accepts passwords from users. Without hashing, any passwords that are stored in your application's database can be stolen if the database is compromised, and then immediately used to compromise not only your application, but also the accounts of your users on other services, if they do not use unique passwords.

It is important to note, however, that hashing passwords only protects them from being compromised in your data store, but does not necessarily protect them from being intercepted by malicious code injected into your application itself.

Why are common hashing functions such as MD5, SHA1, and SHA256 unsuitable for passwords?

Hashing algorithms such as MD5, SHA1 and SHA256 are designed to be very fast and efficient. With modern techniques and computer equipment, it has become trivial to "brute force" the output of these algorithms, in order to determine the original input.

Because of how quickly a modern computer can "reverse" these hashing algorithms, many security professionals strongly suggest against their use for password hashing.

How should I hash my passwords, if the common hash functions are not suitable?

When hashing passwords, the two most important considerations are the computational expense, and the salt. The more computationally expensive the hashing algorithm, the longer it will take to brute force its output.

In the case of PHP, PHP provides a native password hashing API that safely handles both hashing and verifying passwords in a secure manner.

Another option is the crypt() PHP function, which supports several hashing algorithms in PHP 5.3 and later. When using this function, you are guaranteed that the algorithm you select is available, as PHP contains native implementations of each supported algorithm, in case one or more are not supported by your system.

The suggested algorithm to use when hashing passwords is Blowfish, which is also the default used by the password hashing API, as it is significantly more computationally expensive than MD5 or SHA1, while still being scalable.

Note that if you are using the PHP crypt() function to verify a password, you will need to take care to prevent timing attacks by using a constant time string comparison.

What is a salt?

A cryptographic salt is data which is applied during the hashing process in order to eliminate the possibility of the output being looked up in a list of pre-calculated pairs of hashes and their input, known as a rainbow table.

In more simple terms, a salt is a bit of additional data which makes your hashes significantly more difficult to crack. There are a number of services online which provide extensive lists of pre-computed hashes, as well as the original input for those hashes. The use of a salt makes it implausible or impossible to find the resulting hash in one of these lists.

How do I store my salts?

When using a hashing function, the return value includes the salt as part of the generated hash. This value should be stored verbatim in your database, as it includes information about the hash function that was used and can then be given directly to hashing function when verifying passwords. 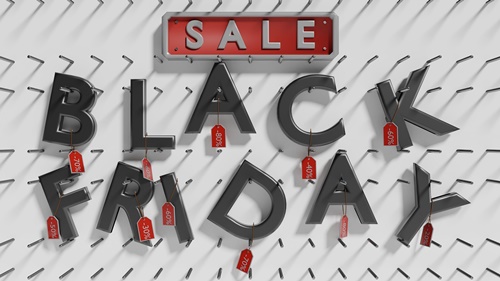 We are offering a 30% Discount on Password Sentry licenses. Just use the Coupon Code BF-20-30. This code will be valid from November 26th to November 30th.